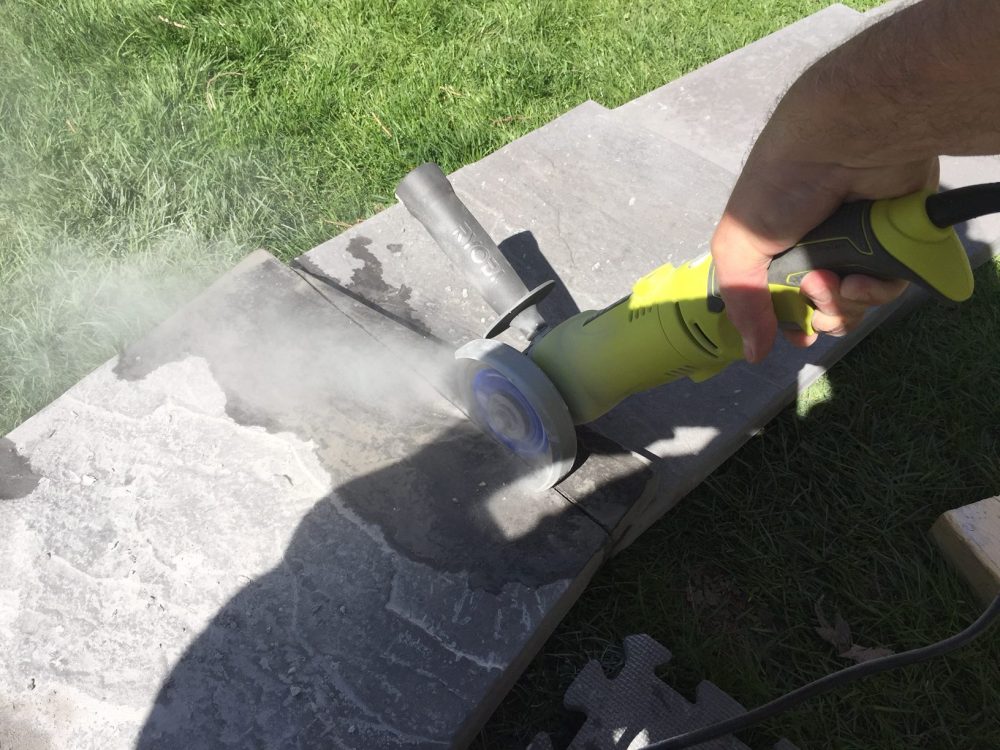 We have had old patio blocks next to our house since we moved in. They are not on any kind of stone base they are just buried in the grass. So every year the grass grows in and covers more and more of the surface. It is always wet and squishy in this area so I decided it is time to fix this problem. 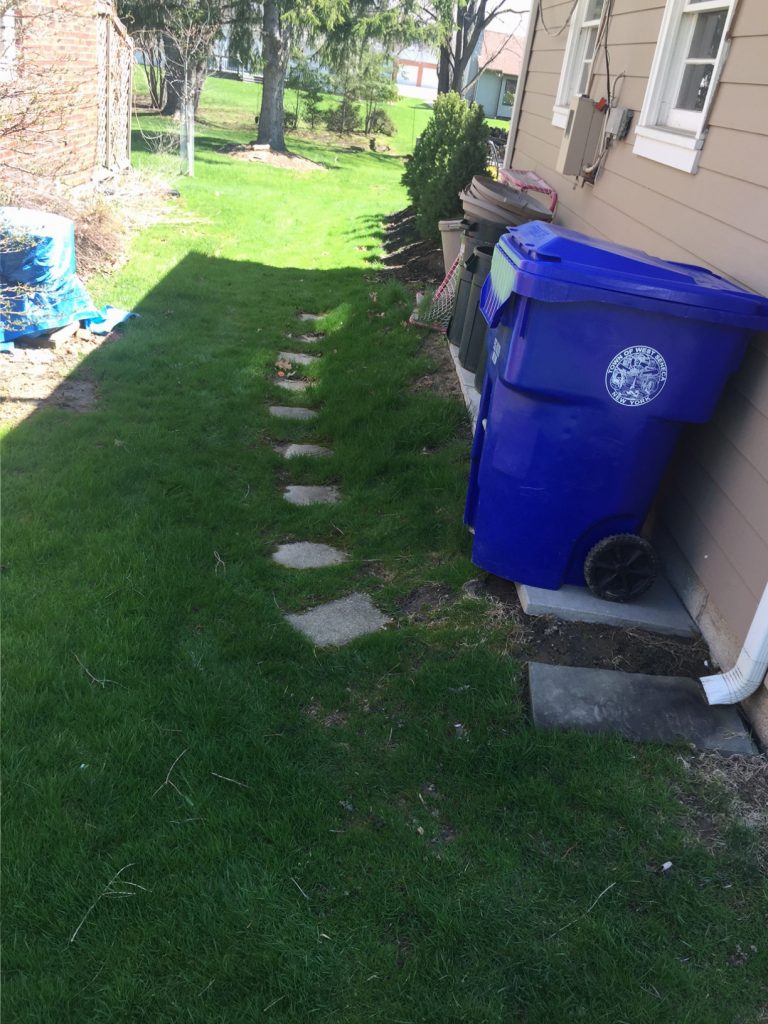 The simple fix is to just lay down some heavy stones that I had and cover them with small pea gravel to level the new patio pavers. But I wanted to cover the whole way to the driveway which entailed cutting some of the blocks to make the corner.

First I laid out the blocks in the path that I wanted letting them overlap each other to make the corner. 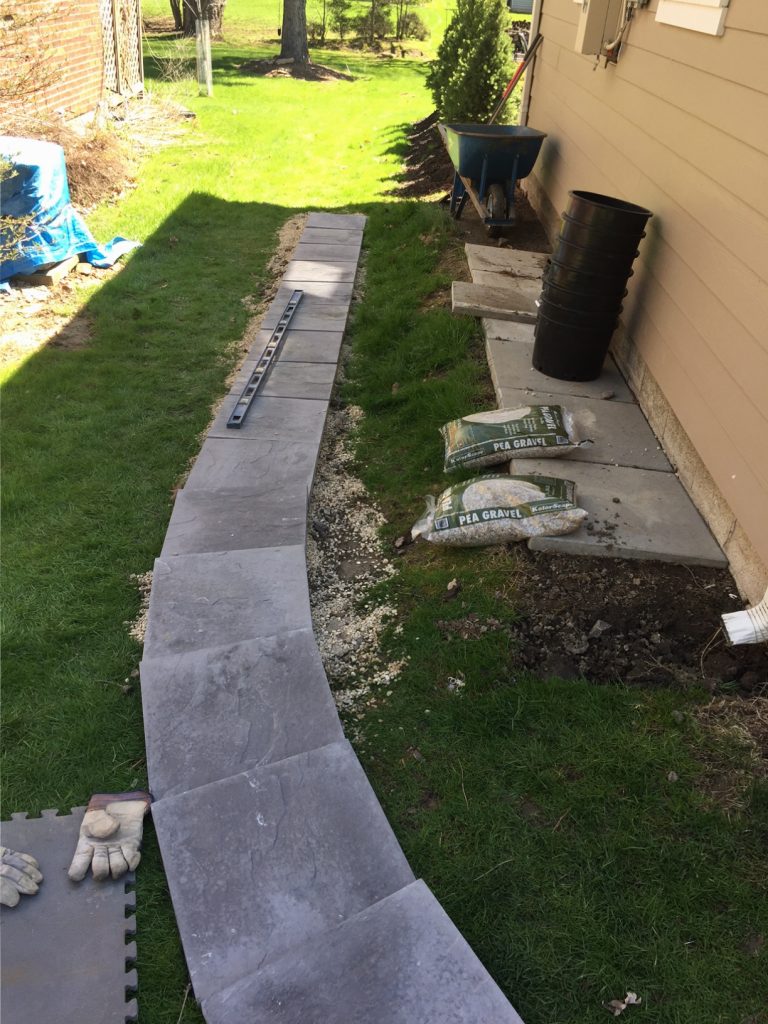 I first tried cutting them on my small wet saw but they were too big and hard to manuver on my small saw. So I went to Home Depot to pick up an inexpensive grinder.
Then I used a level to draw a line on each block to then cut with the grinder. 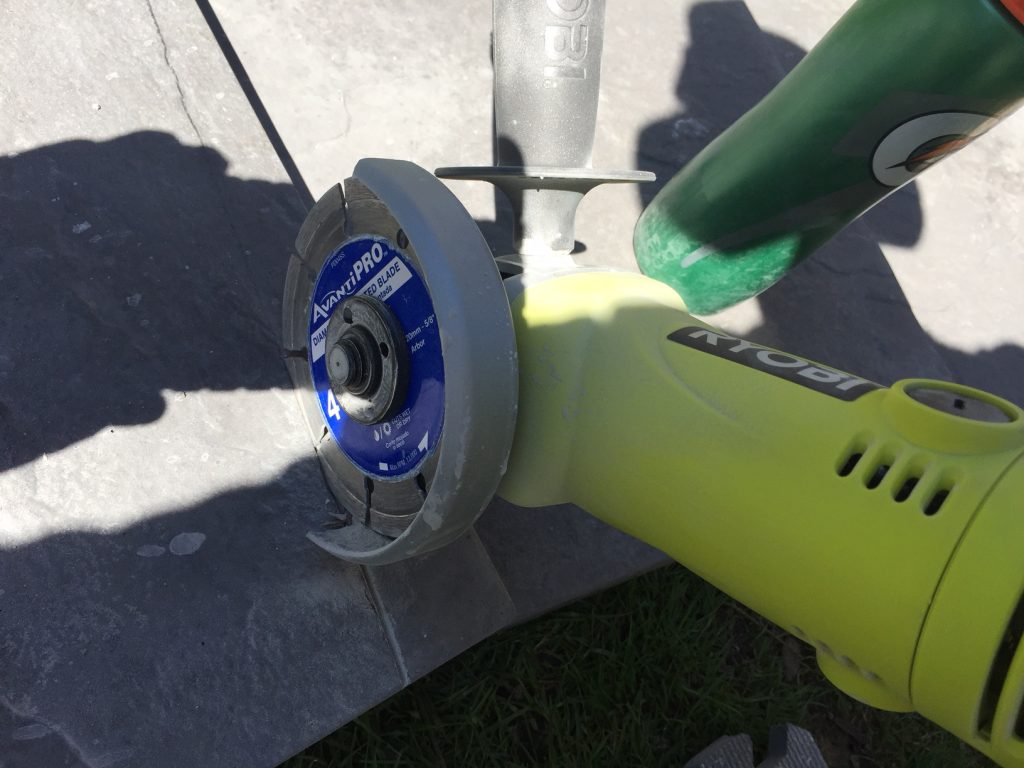 I used water on the block to keep the dust down and to keep the blade cooler.   Each piece only too a few minutes to cut. 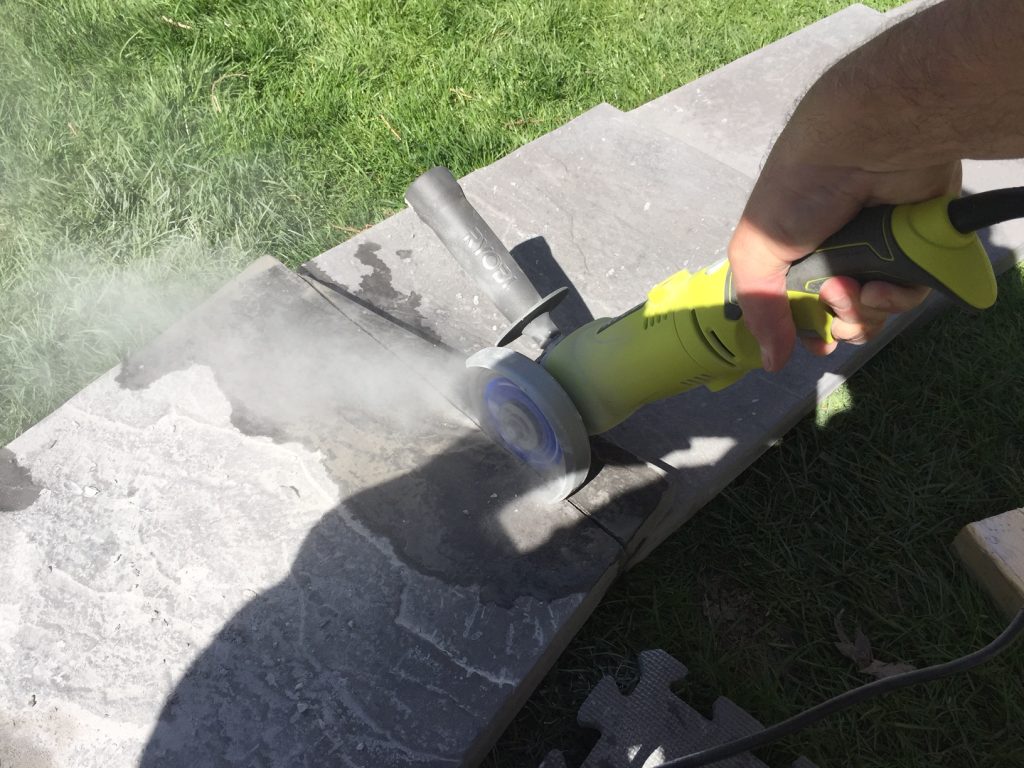 After cutting each of the pieces, I put them in place and used the level to keep the straight ones as straight as possible. 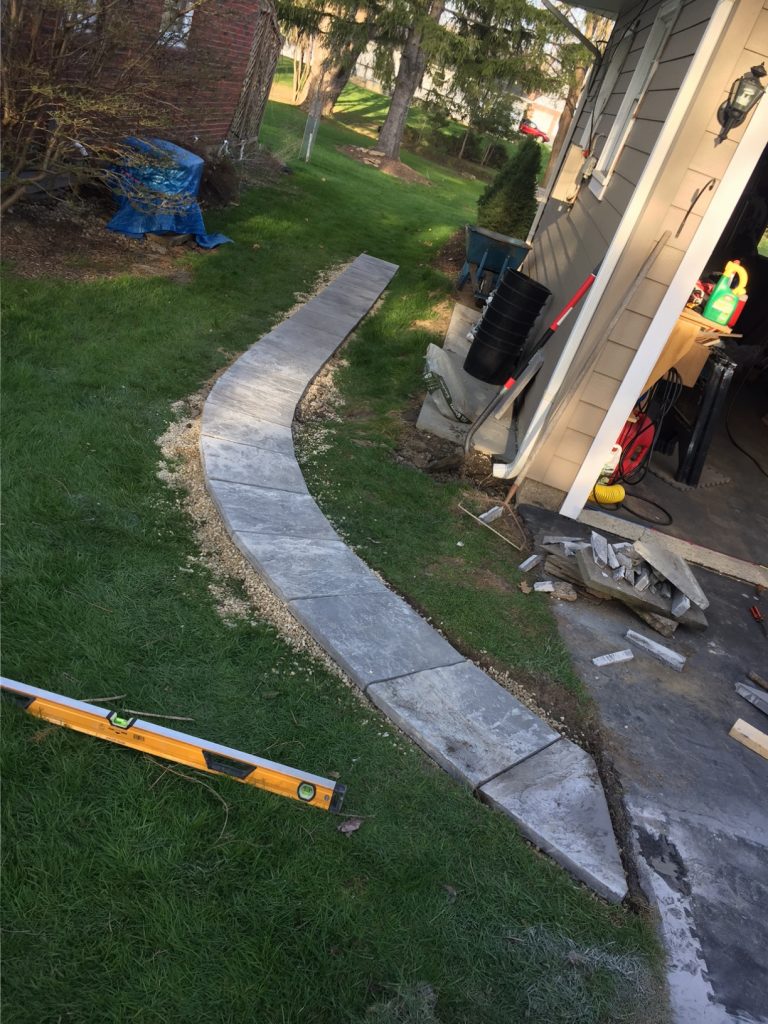 Next I will add dirt and grass seed to finish the project.